If you’re the type to be more wary of relying on painkiller medications to cope with the pains or for menstrual cramps relief, then you’re in the right place!

While medication can offer immediate relief, they are often short-term, and does not target the root of the problem. On the other hand, herbal remedies aim to rectify the sources of the pains, providing long-term relief. Of course, these affect different people differently, but if you consistently suffer from menstrual cramps, you could try opting for these natural remedies by simply adding some of these to your daily diet! Yes, you may think that tea is a taboo for menstrual cramps as they contain caffeine. However, not all of them do! In fact, some of them (caffeine-free tea) actually help with menstrual cramp relief! Teas that are brewed from cured leaves from tea plants contain caffeine (such as green tea, black tea, red tea, oolong etc..) whereas teas that are brewed from herbs and spices (herbal teas) are caffeine-free.

The best thing? Most of these teas are actually really accessible and convenient to get! Some of them include camomile tea, peppermint tea, and more!

Discover more teas that help with your menstrual cramps here and here! 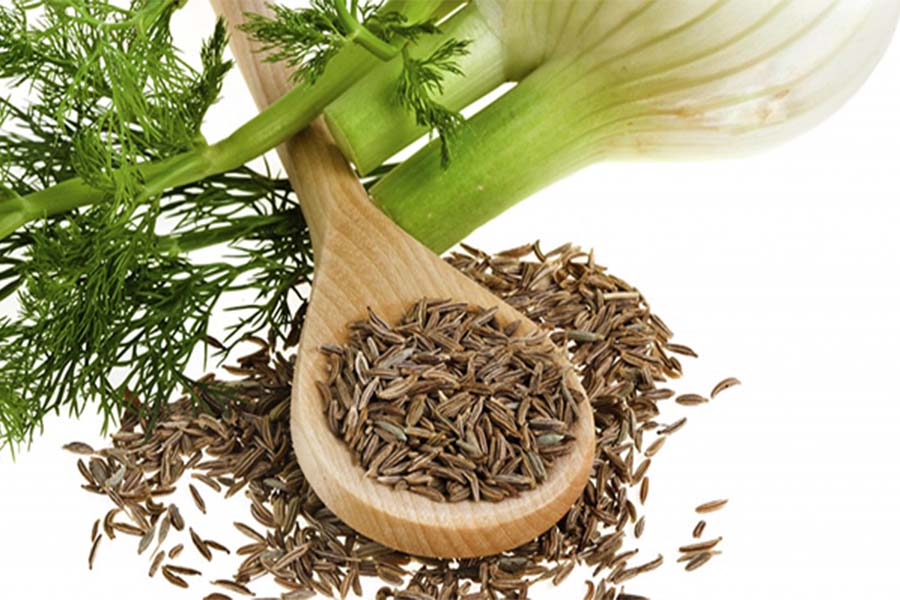 A herb with a licorice-like taste and celery-like crunchy texture, fennel contains anethole (a compound with anti-spasm effects) that may help to relieve menstrual cramps in some women. In a research study conducted in 2015 on the effects of a fennel extract on primary dysmenorrhea, it was found that the extract had a greater effect as compared to the average pain medication (mefenamic acid).

In another study conducted, it was concluded that cinnamon was a safe and effective treatment for dysmenorrhea in young women, in terms of reduction of pain, menstrual bleeding, nausea and vomiting.

If you do not like taking capsules containing cinnamon, or adding cinnamon powder to your food, you can consider cinnamon tea, the effects are just as effective! This herb widely known for its ‘warming’ properties is able to help relieve cramps and soothe menstrual troubles by lowering levels of prostaglandins (which are causing the pain), as well as fight the fatigue that normally comes along as a symptom of the premenstrual syndrome (PMS). In many researches conducted, the effects of ginger was found to be comparable with ibuprofen, a pain-relief medicine.

Various forms of ginger were used in these experiments, ranging from ginger capsules, ginger powder, to even ginger tea. Regardless of its forms, the effect of ginger has been relatively consistent, and it also has proven to provide other health benefits.

Pycnogenol is also known as the French Maritime Pine Bark Extract, which is extracted from the bark from pine trees. In a 2008 study, the supplement Pycnogenol was found to significantly diminish pain and reduce the need for analgesic pain medication among a group of women with menstrual cramps. Similar to fennel, it has been found that dill is just as effective in relieving menstrual cramps as mefenamic acid, a drug for menstrual pain. 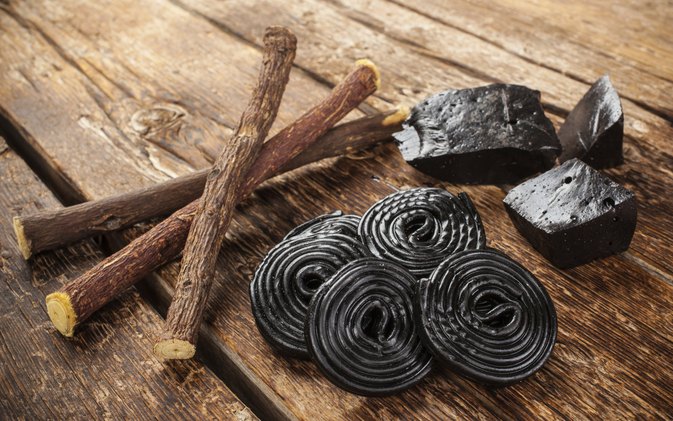 Licorice root is able to moderate spasms and alleviate pain, especially in the abdomen and legs. Glycyrrhizin and flavonoids are the 2 major constituents of licorice, and flavonoids are antioxidants known to improve circulation, reduce inflammation as well as even relieve tissue damage.

While the white peony root is extremely helpful in calming and soothing tight and cramped muscles, the red peony root is best known in traditional Chinese medicine as a ‘blood cooler’.

White Peony Root nourishes the blood and improves circulation.  It is also used for a wide variety of gynaecological problems.  The peony root is considered a   liver tonic in Chinese medicine.  By strengthening the liver, it helps to increase the efficiency of protein and fat metabolism, thus inhibiting the excessive synthesis of prostaglandins that may cause an over-active uterus and endometrial pain.

Also known as the “female ginseng,” it is commonly used to regulate the menstrual cycle and relieve menstrual cramps.  It also helps to relieve menopausal symptoms, reduce PMS and anemia and to re-establish a menstrual cycle after cessation of birth control pills.  Dong Gui is also considered antispasmodic.  The coumarin chemicals present in this herb may help dilate blood vessels and relax the smooth muscles of the uterus, thus relieving menstrual cramping. This Chinese herb’s leaves are often used to treat menstrual problems, having proven to improve circulation of blood and clear blood clots that commonly occur in menstrual disorders.

Herbal remedies can be a little intimidating especially if you don’t know anything about these herbs, and these are only just a few herbs beneficial for menstrual cramps. By replacing painkillers with these, you are able to avoid the potential side effects painkillers might have such as upset stomach, heartburn etc, while still enjoying the benefits of menstrual cramp relief.

However, if you’re considering using herbs in higher dosage for menstrual cramps, it’s important to first consult your doctor to access your suitability for these treatments.

Here’s a consolidated table of the herbs and their benefits!

How to know if my first period is coming?

Periods and Pimples: How to Care for Your Skin During Every Stage of Your Cycle